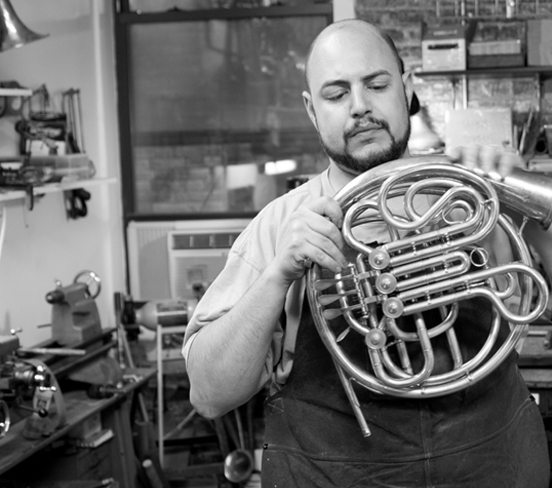 Landress Brass is owned and operated independently by Master Brass Technician Josh Landress. Josh's love for music began at an early age of 6 with the guitar. His music career blossomed with the support of his parents and teachers. By 12 Josh had already recorded his first album with his band The Anklebiters and performed with many Rock n Roll and blues legends. A strong love for music developed Josh's interest in other instruments as well, and he began playing the French Horn at age 11. Upon learning that his grandfather was a horn player in the Russian Army during the last Tsar's reign, Josh took horn playing much more seriously, and by the age of 13, Josh was admitted to the prestigious Summer program at the Kinhaven Music School in Vermont. Josh spent the next 4 summers studying with some of the top performers in the country. Around the age of 13, Josh’s parents also noticed his love for tinkering with instruments and helped to find him a job as an instrument repair apprentice. This was the start of Josh’s love for repairing all instruments.

Josh was enlisted in the United States Marine Corps as a Marine Bandsman in 1999, and it was during his tour of duty that Josh served in several musical units around the country and was exposed to many world class players and master repairman. In 2002, after spending nearly 3 years in the Marines, Josh relocated to New York City to head up the brass repair division of the Sam Ash Music Corporation. Later in 2003, Josh worked on the famous 48th Street in Times Square at Sam Ash Brass and Woodwind store. In this location, some of the world's top players rely on Josh's expertise, attention to detail, and devotion to all brass instruments. Josh has now opened J. Landress Brass independently from Sam Ash and strives to ‘make it a home for all brass players’ needs.

In addition to repair and restoration, Josh also designs brass instruments for major manufacturers around the world, as Josh has spent time consulting with companies and factories in China, France, Taiwan, and The United States.

Josh's passion isn’t limited to modern instruments, for Josh also has a passion for antique brass instruments and mainly collects 19th Century French instruments. He’s especially fond of the horns made by Besson, Courtois, Lecomte, and Sax. Josh specializes in restoration of these vintage instruments and enjoys taking on new and exciting projects. 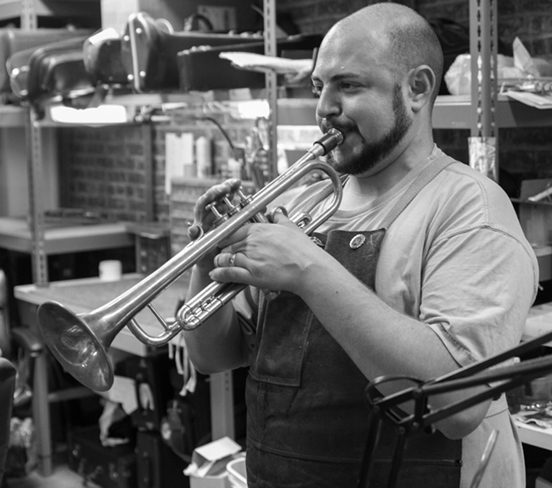