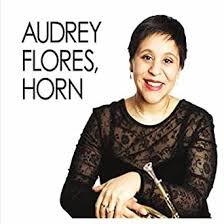 The four pieces performed here are from a larger body of work that actually contains 11 pieces.  The flute, clarinet, bassoon, horn, and oboe each have two pieces in the opus, and one is written for the cello.  The Nocturne and the Intermezzo are both originally for horn, and the Romance and Valse Triste are originally written for clarinet.

After completing a sabbatical from the Gnesin School in Moscow to pursue conducting studies in Berlin, Reinhold Gliere returned to his teaching post and had a prolific 1908, which also included several premieres and award-winning compositions.  These pieces are staples of their corresponding instrumental repertoire, and are testaments to Gliere's gift for melody and romanticism.

Bernhard Krol was an accomplished German horn player who played in such ensembles as the Berlin Philharmonic and the Radio Orchestra of Stuttgart.  He studied composition in Vienna, and a large quantity of his works are influenced by religious themes.  The piece shifts between melodic material and declarative statements, and is interrupted by a Te Deum laudamus (O God, we praise thee) in the form of a muted Gregorian chant.  It is a beloved unaccompanied piece by horn players and competitions alike.  The piece was written in 1966 and is dedicated to Hermann Baumann.

Barbara York has been working in both Canada and the U.S. for over 40 years as a concert accompanist, choral and theatrical music director and composer.  She is a major contributor to the modern wind and brass repertoire, and is specifically a champion of tuba works.  Based out of Kansas City, MO, she possesses a thorough understanding of range and melodic capabilities of each instrument she features.  Her music is published by Cimarron Music Press.

This piece was written for Chief Musician Heather Doughty of the U.S. Coast Guard Band.  Each movement is a representation of one of Heather's three children, and was written in 2009.  It not only highlights the natural inclinations of the horn, but raises the bar as to what the modern horn is capable of.

Otto Ketting was a composer and trumpet player from the Netherlands and recently passed in 2012.  This piece was written in 1958, while he was a student at the Royal Conservatory in The Hague.  It is specifically titled for performance by either trumpet or horn.   A dramatic fanfare in Rondo form, with a shifting focus on thematic material and rhythmic structure, it ends on a surprisingly soft cadence.

Trygve Madsen is a prolific composer living in Norway.  In addition to this piece, he has written several other works for the horn and other brass instruments.  This piece was commissioned by the French government in 1978 and is dedicated to Froydis Ree Wekre.

The piece is a classically-formed sonata in three movements.  Of special note is the inscription, Hommage a Franz Schubert, which refers to the theme used in the final Theme and Variations movement.  Taken from the second movement of Schubert's Piano Sonata in a minor, op. 164, it has been transposed to a more suitable key for the horn here.

American pianist MANON HUTTON-DEWYS has performed in some of classical music's best-known venues, including Weill and Zankel Halls at Carnegie Hall, and the Salle Cortot at the École Normale de Musique in Paris. She has also appeared at Symphony Space, Bargemusic, and the Metropolitan Museum of Art, among others. Dr. Hutton-DeWys holds degrees from the City University of New York, Mannes College of Music, Bard College, and Simon's Rock College. She is a recipient of a 2017 Elebash grant for her research on early twentieth-century American music. A native of New York's beautiful Hudson River Valley, Hutton-DeWys currently works as a teacher and freelance pianist in New York City and Great Barrington, MA. She is on the piano faculty of Lehman College and she formerly served on the faculty of Greenwich House Music School and on the Executive Board of the Piano Teachers' Congress of New York.

Trained as a classical musician at The Juilliard School and Northwestern University, and currently working in New York as a freelance musician, producer, and recording engineer; ANDREW BOVE brings a unique and insightful perspective to the recording and producing process.  An active member of New York City’s musical community, he brings into the studio the wealth of experience he has gained from performing live and recording as a musician with groups as diverse as the Metropolitan Opera to Broadway shows to the metal band Korn. Having been conservatory trained, his attention to detail and quality is ever present and he has developed a reputation for consistently bringing the highest quality to his performances and recordings.  As an audio engineer, Andrew is well versed in both the classic techniques of the past and in the latest audio/video technology solutions. This enables him to create efficient and high quality plans to execute each individual recording project.  He recently directed a high-end studio upgrade of the recording studio at the Gene & Shelley Enlow Recital Hall at Kean University in Union, New Jersey.  This upgrade tightly integrates a modern full featured studio environment with the naturally wonderful acoustics of the concert venue.  His interest in visual technology has led him to heading the technical side of the boutique visual media company Purple Critter Media. His debut solo album Cimbasso d’Amore, the world’s first solo cimbasso CD, was the highest rated classical recording on Amazon in 2010.

ALEKSANDR KARJAKA is a New York City based artist who listens with his eyes to capture the authentic artist within each subject. Iconic and timeless, Aleks’s black and white and color imagery takes the viewer out of the ordinary and into the extraordinary. Equipped and skilled in film and digital photography, Aleks shoots primarily with the Hasselblad H6D50c. His photos have been featured in numerous international campaigns. When he’s not behind the camera you may also find him on stage behind a clarinet at places such as Carnegie Hall and the Metropolitan Opera House.