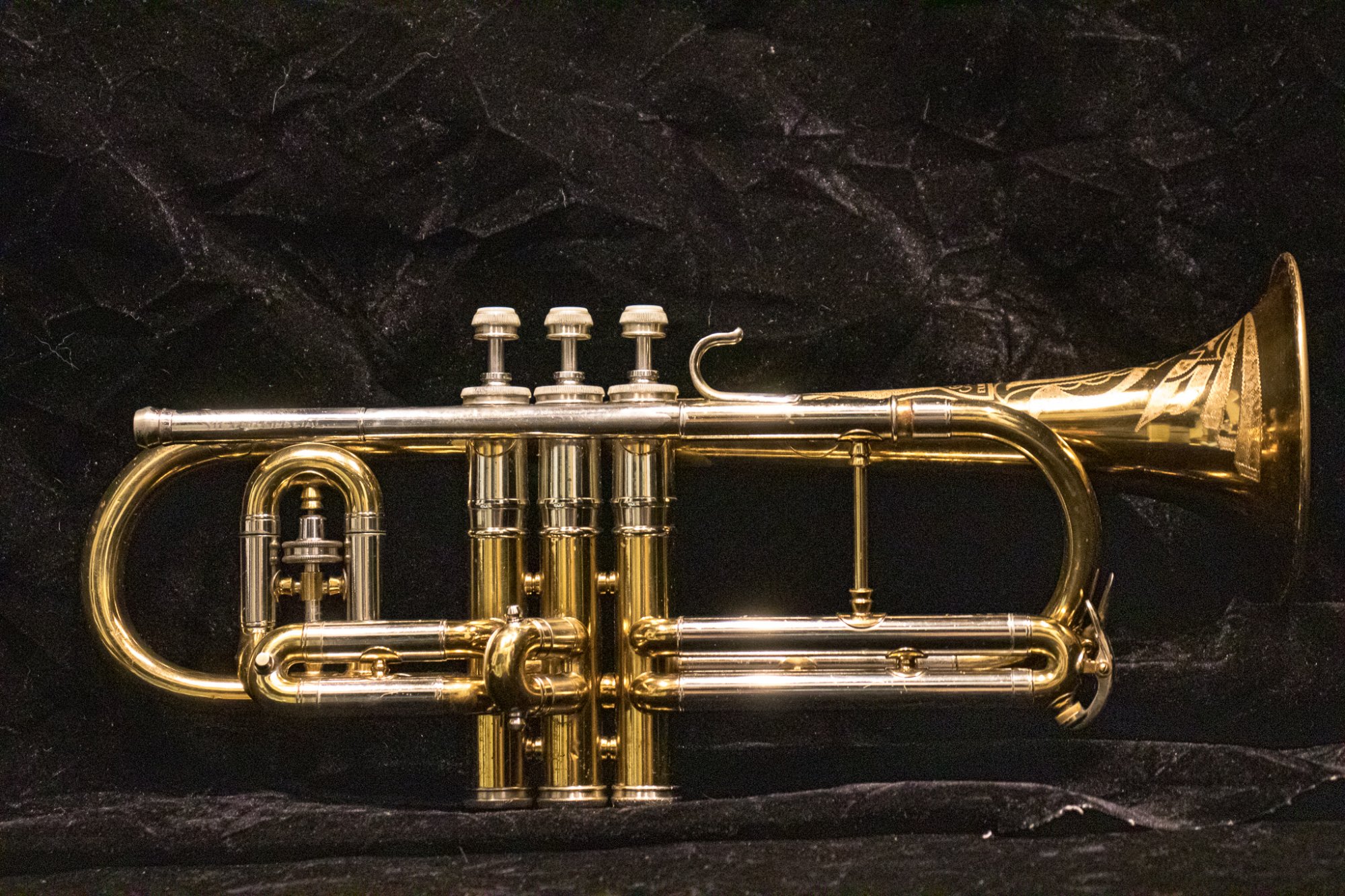 From our friends at the Conn Loyalist:

I have learned that the third slide without the finger ring to adjust the pitch of a low D and C# is slightly longer than it is on modern instruments. On modern instruments the low Eb is in tune, but the low D and C# are quite sharp. On these older cornets with the longer third slide and no finger ring the Eb is a bit flat and the D and C# are slightly sharp, but not as sharp as they are on later instruments. It was thought that the flat Eb and slightly sharp D and C# were within the abilities of the player to lip into tune.