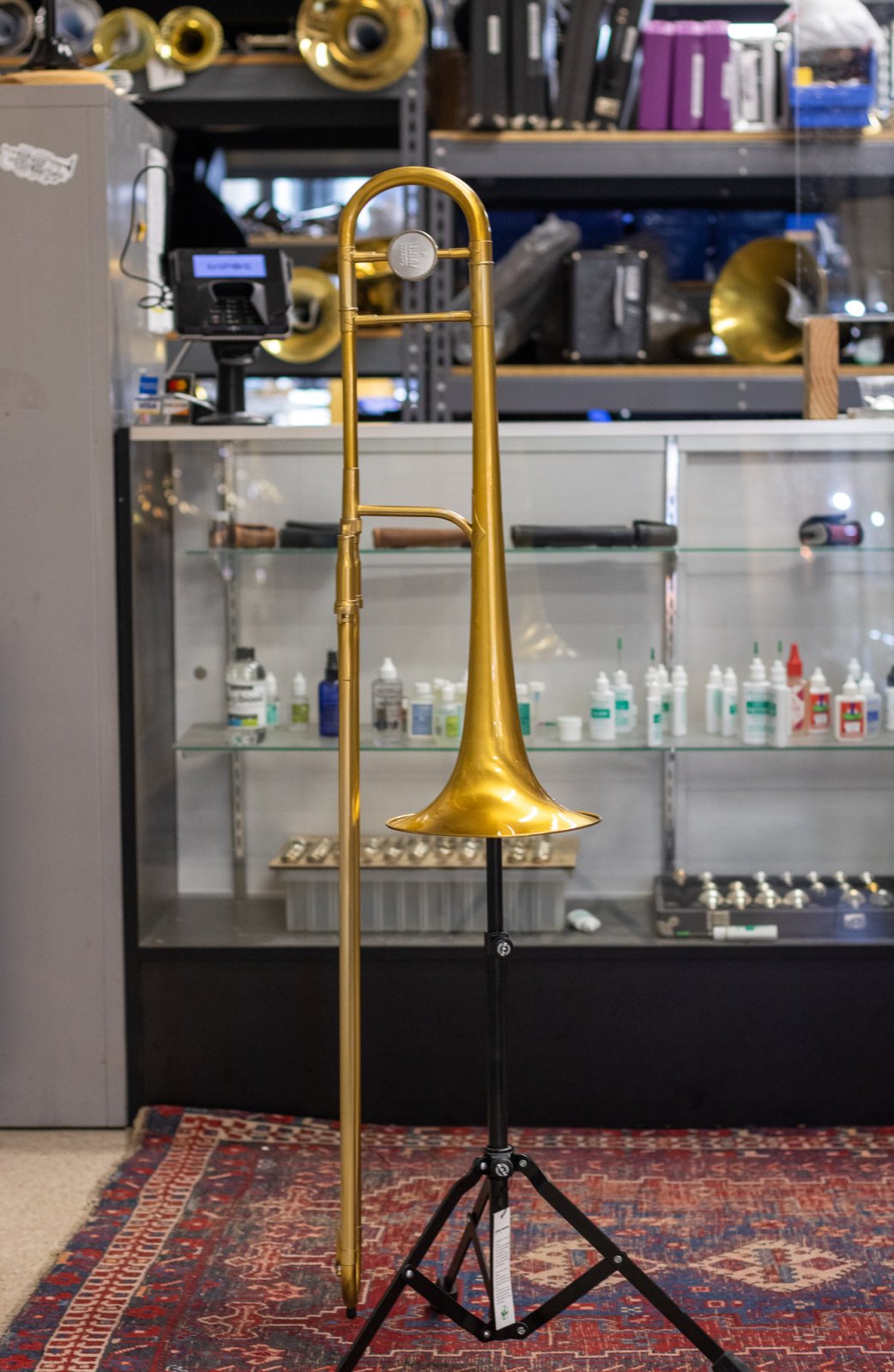 Just out of the repair shop with an professional cleaning and minor dent work. This trombone is ready to go! A great tenor trombone with a massive sound at a great price. The scratch brush and relacquer was done before coming into our posession, but done very well. Used, no case.

From Conn-Selmer:
The King 4B Legend Series Trombone offers a classic large bore symphonic trombone design. The 4B features a .547-inch bore for a very free-blowing, open feel plus an 8-5/8-inch bell with a quick response and broad sound. The design of the 4B allows the player to push the boundaries without the worry of breaking up the tone.


There is a lot about the King trombones that is legendary. With the 4B, it is the dynamic range that often tops the list of frequently mentioned attributes. It is broad and full in terms of timbre, and your forte sections have never sounded so robust. It is as quick and agile as it is broad and powerful, and has established itself as one of the truly great symphonic trombones.