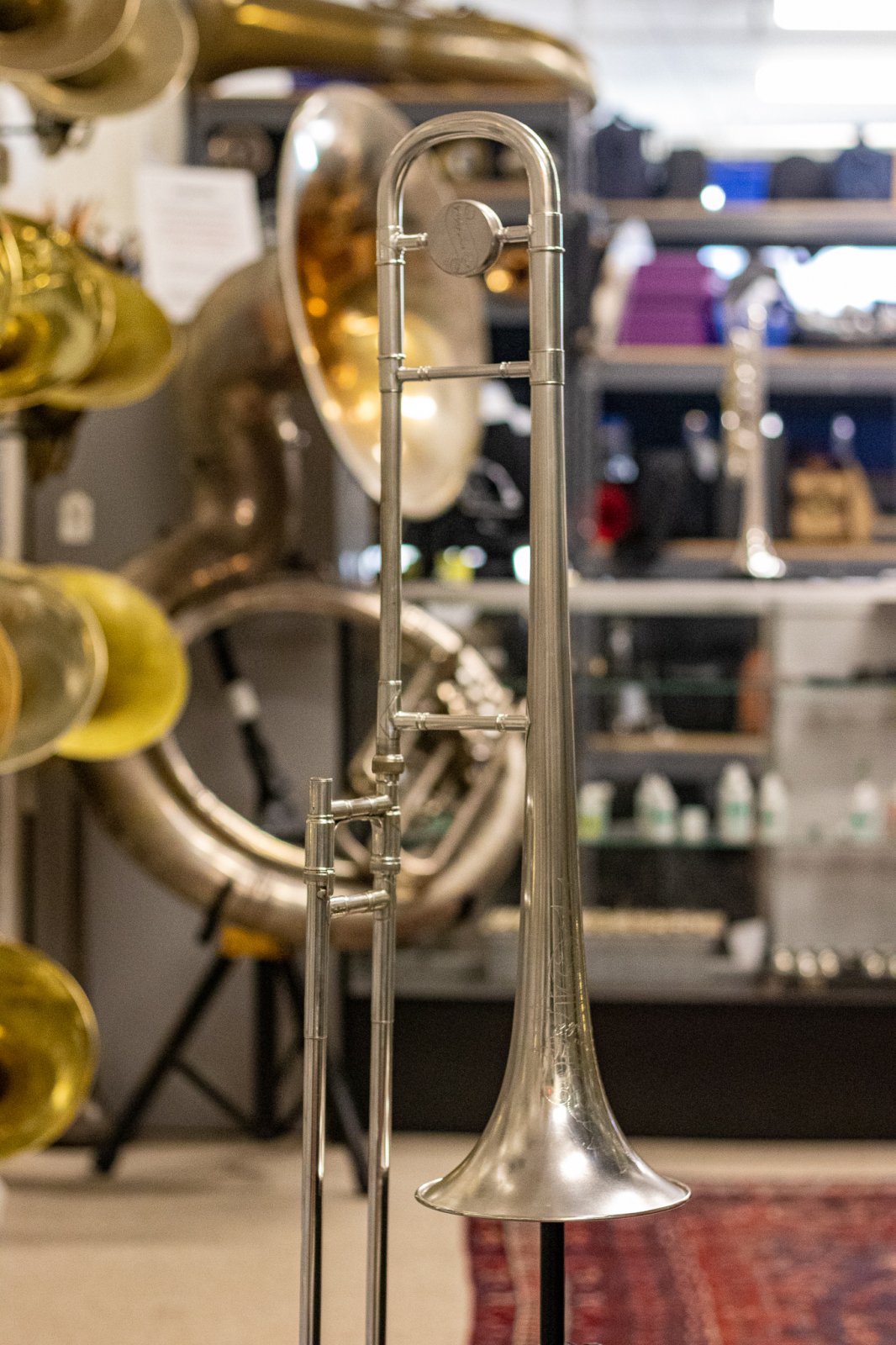 What Conn said in 1931:
The most popular trombone in the Conn line. As the name implies, this model combines the fine qualities of both the Artist model and the Ballroom model - two Conn trombones that have made trombone history. Built in medium bore, it has the same magnificent tone as the 4H Artist model. Added to this are the great many attractive features which have made the Ballroom model a great favorite. The bell is back near the player so it is easy to reach for muting and wow-wow. The slides have extra-long carriage which prevents sagging in lower position. Bell lock for locking bell and slides together, and the slide lock which prevents slides from dropping to the floor and becoming damaged are valuable refinements. Tuning slide in the bell; balancer standard feature. Unusual delicate balance and ease of handling feature this model. Key of Bb; bore .485; 6½", 7" or 8" bell.

What Conn said in 1950:
The 24H Artist-Ballroom model is the choice of many dance men. Its bell is back for convenience in muting; this feature combined with balancer gives it unusually good balance. Noted for marvelous intonation and easy response. Medium bore, Bb.