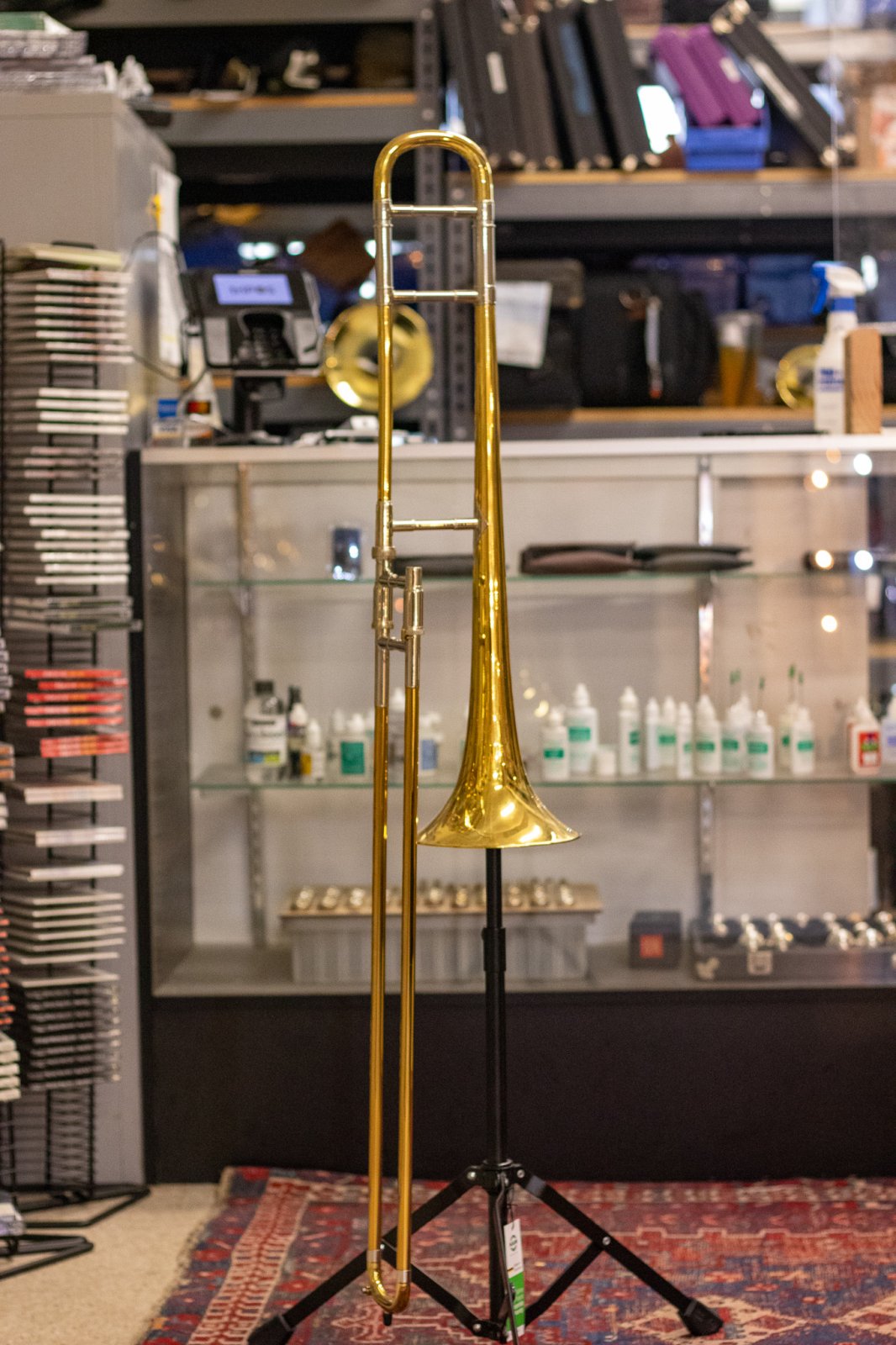 Thomas  “Bones” Malone is a dear friend of the shop and most famous for being a member of The Blues Brothers Band, Saturday Night Live Band, and a member of the CBS Orchestra, the house band for the Late Show with David Letterman.

From the Bach Loyalist: Medium Bore slide (0.485″) with a medium bore bell. There were actually 7 variations on the model 6. These variants were different combinations of tuning slide, tuning slide tubes, and the bell size. These were labeled as follows on the bell: 6, 6II, 6III, 6IV (More Common), 6IV/V, 6VI, 6VII (More Common).