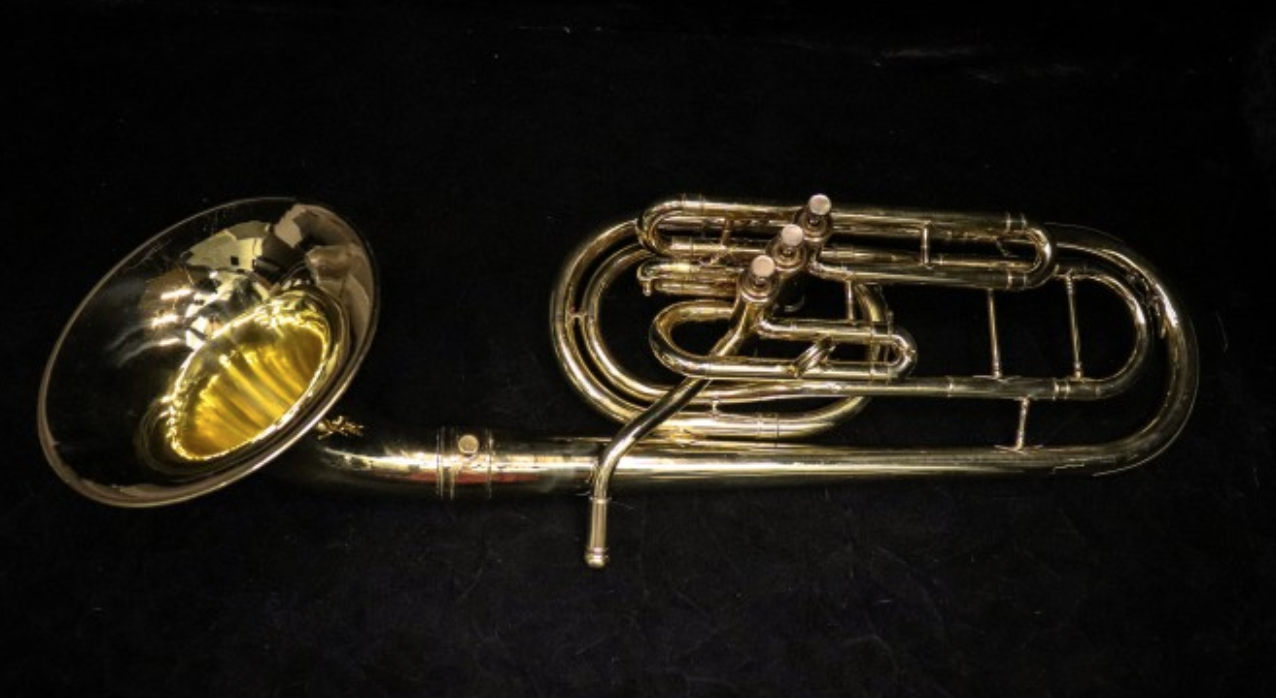 The King Trombonium had precisely the same tone as a slide Trombone and will improve the marching section of any band. The Trombonium "has none of the disadvantages of the Valve Trombone in holding, neither has it the excess amount of straight tubing which makes the Valve Trombone hard to blow and difficult to play in tune." This instrument has the honor of being the last creation of Mr. White before his death. Trombonium's first where only made for the American Standard brand and were only later made with the King logo. The first instruments were made in late 1938 with full production until the mid 1970's. This particular Trombonium plays like a great small bore trombone and would be at home playing in a brass band setting. note: This instrument has been relacquered and is currently on consignment. Comes with a case.