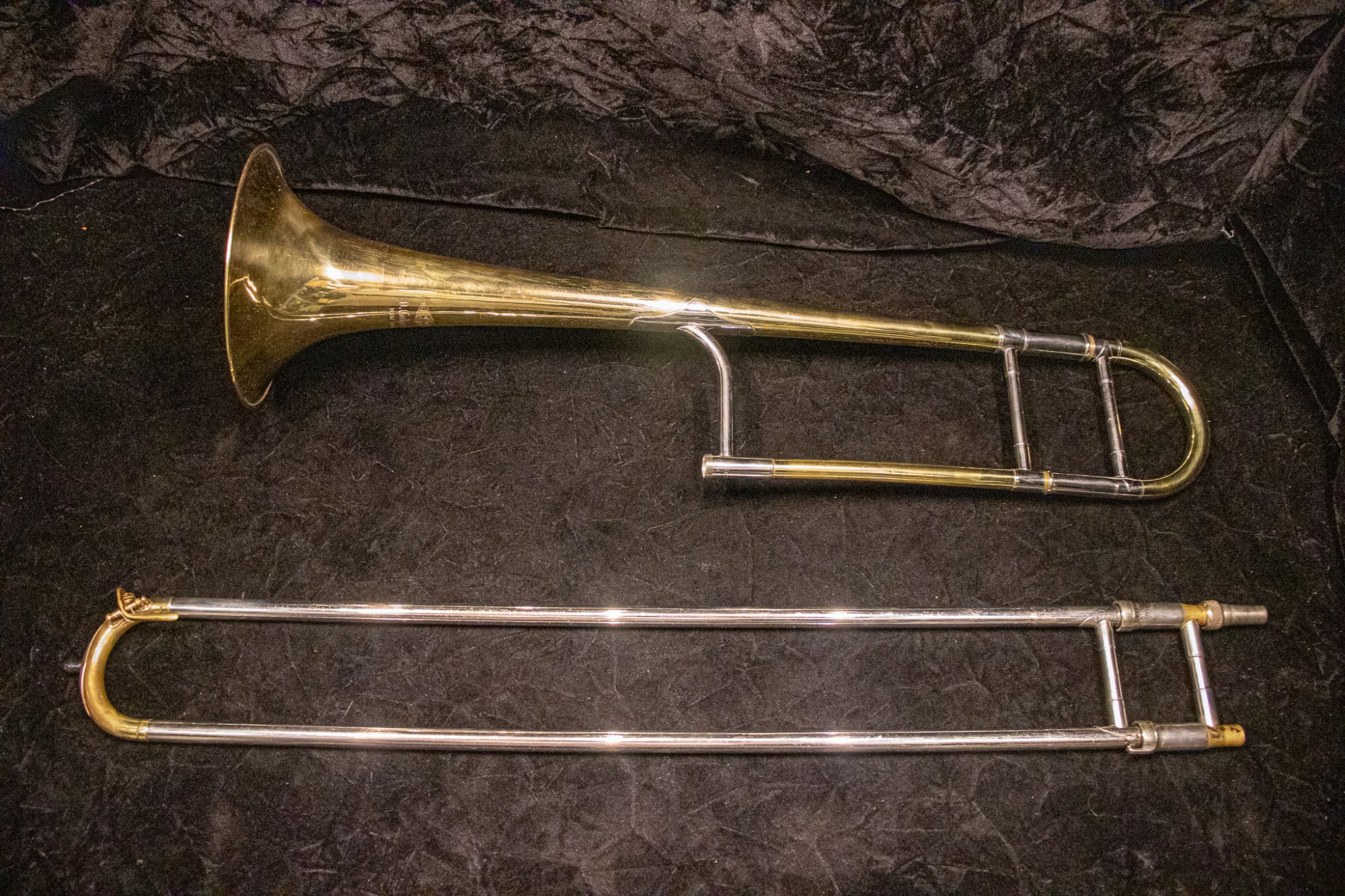 A truly one-of-a-kind tenor trombone that we have never seen before, truly a collectors and players horn!

Historically, we know that Dominic Calicchio produced his famous trumpets with the "Superior" engraving in his New York City shop from 1928-1947, before relocating to Los Angeles, Ca. Later on in the 1980's, there were a small batch of Williams/ Calicchio collaboration trombones made, but those are also few in existence, and this trombone does not share many similarities with the Williams influences.

This 1930's vintage Dominic Calicchio "Superior" trombone has "New York" beautifully engraved beneath the Calicchio inscription, on the underside of the bell. This trombone's bell, main tuning slide, and gooseneck are all Calicchio made and then paired on, what we believe to be, a King 2B Style lightweight nickel handslide (approximately .491" bore) with King style fittings. This trombone has a beautiful resonate sound that reminds us of a vintage King 2B+ with more color and depth to the tone, as well as faster response! This would be great commercial trombone for all work from studio, broadway, pops orchestra, dixieland, and rock n' roll! Used, w/ case.