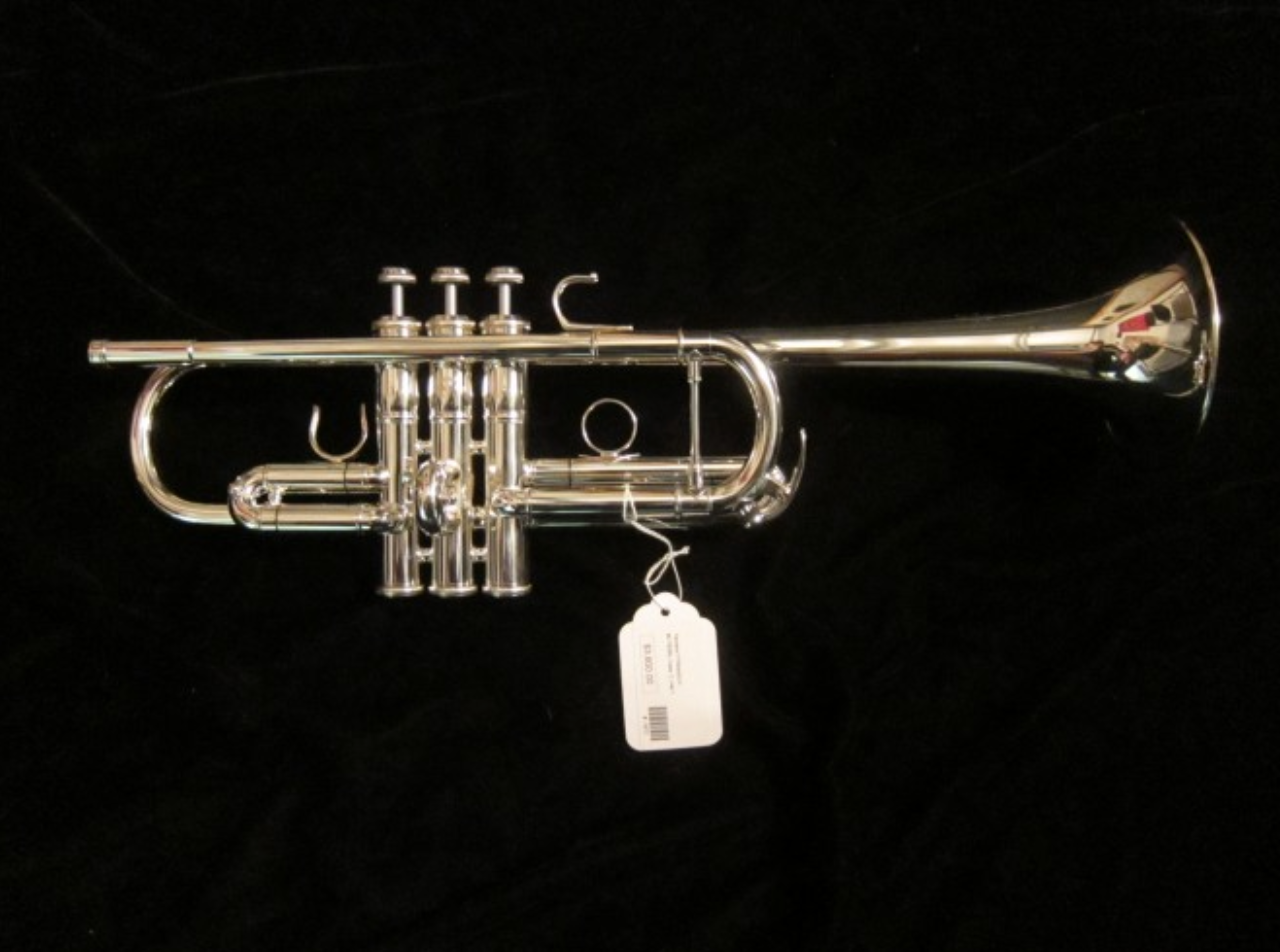 The primary consultant for the CH Series was John Hagstrom of the Chicago Symphony. In addition to testing parts and later prototypes with John and his colleagues, some very famous vintage trumpets owned by the CSO were used as benchmarks in the process. Those horns were studied in great detail, not to copy them, but rather to understand what made them so special. They had their flaws too, yet they set a fantastic reference standard difficult for any modern trumpet to match.
This is a YTR 9445CH in silver plate. This is an OUTSTANDING playing instrument. It would be ideal in large orchestral situations, and can really pack a punch. Compression is tight, and slides move freely. This horn is in magnificent shape, and shows minor wear. Serial number is C78289. Comes with a case.