1920 Besson Fabrication made for Vincent Bach 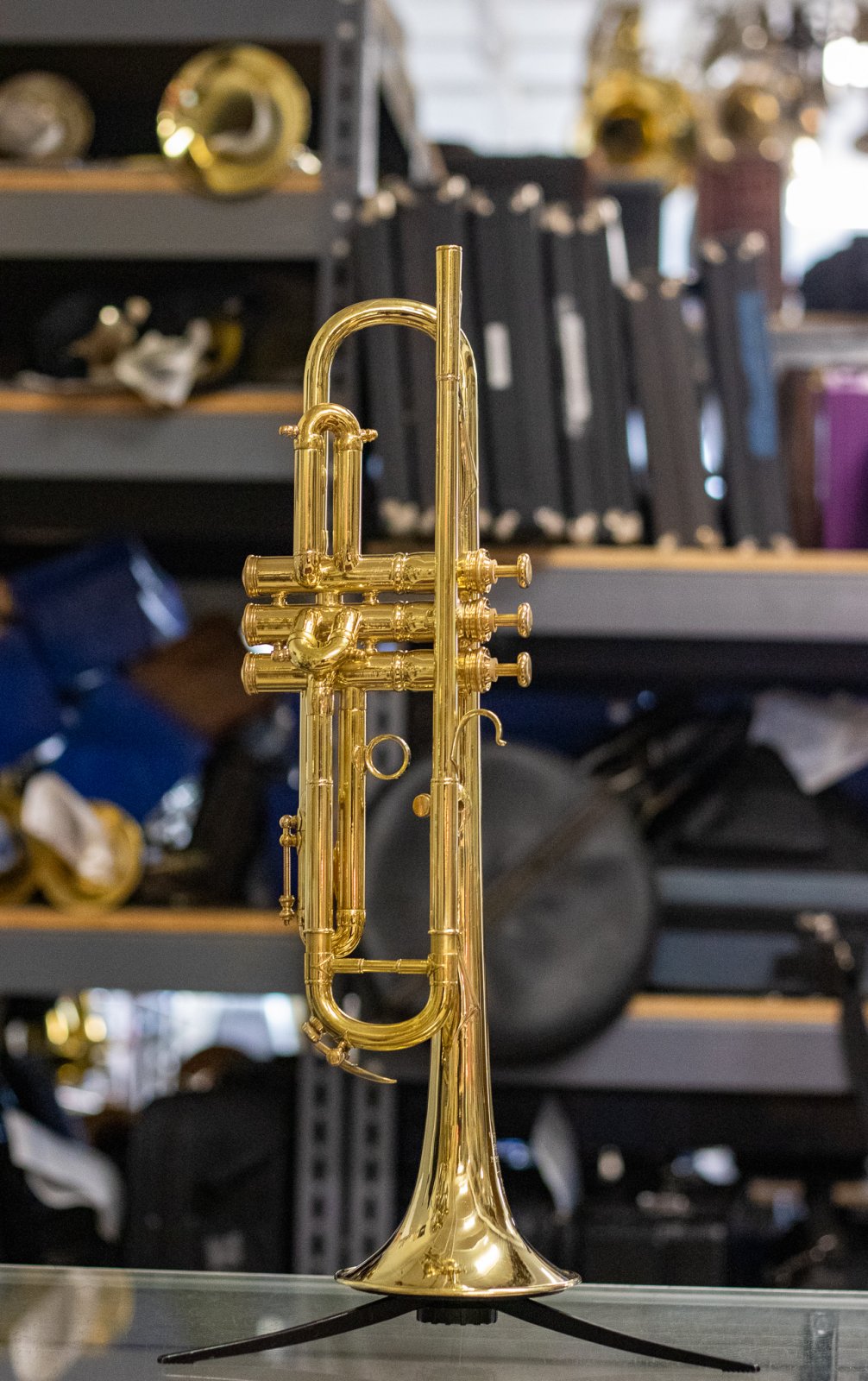 
From Josh Landress: Before Vincent Bach started manufacturing trumpet in 1924 he was a Holton endorsee.  Before Holton, Vincent Bach played French Besson trumpets.  In 1919 when Bach had his shop at 204 East 85th Street in New York City he started manufacturing mouthpieces as well as selling a few instruments.  Bach had a very small number of Besson trumpets made to his specifications.  These Bessons were unlike any other Besson trumpet made featuring a bore of .462" (later used in Bach's earliest horns) and a larger leadpipe venturi and different taper. and more importantly the 3rd slide ring is on the top like modern trumpets.  All other French Bessons made before World War II featured the famous underslung 3rd slide ring or lacked the 3rd slide ring all together.   This is the only one we have ever seen after restoring and examining hundreds of Pre-War French Besson trumpets.  The horn plays amazingly well, with a huge sound and unmatched projection.  The intonation is quite good even to modern standards and is 101 years old!  The horn is in spectacular condition having been completely taken apart by Josh and reassembled.  There are no dents or redrot in the horn nor are there any cracks in the seamed tubing or patches.  There is a slight amount of pitting and wear on the valve section and the valves were rebuilt in the 1950's by Giardinelli which still hold excellent compression.