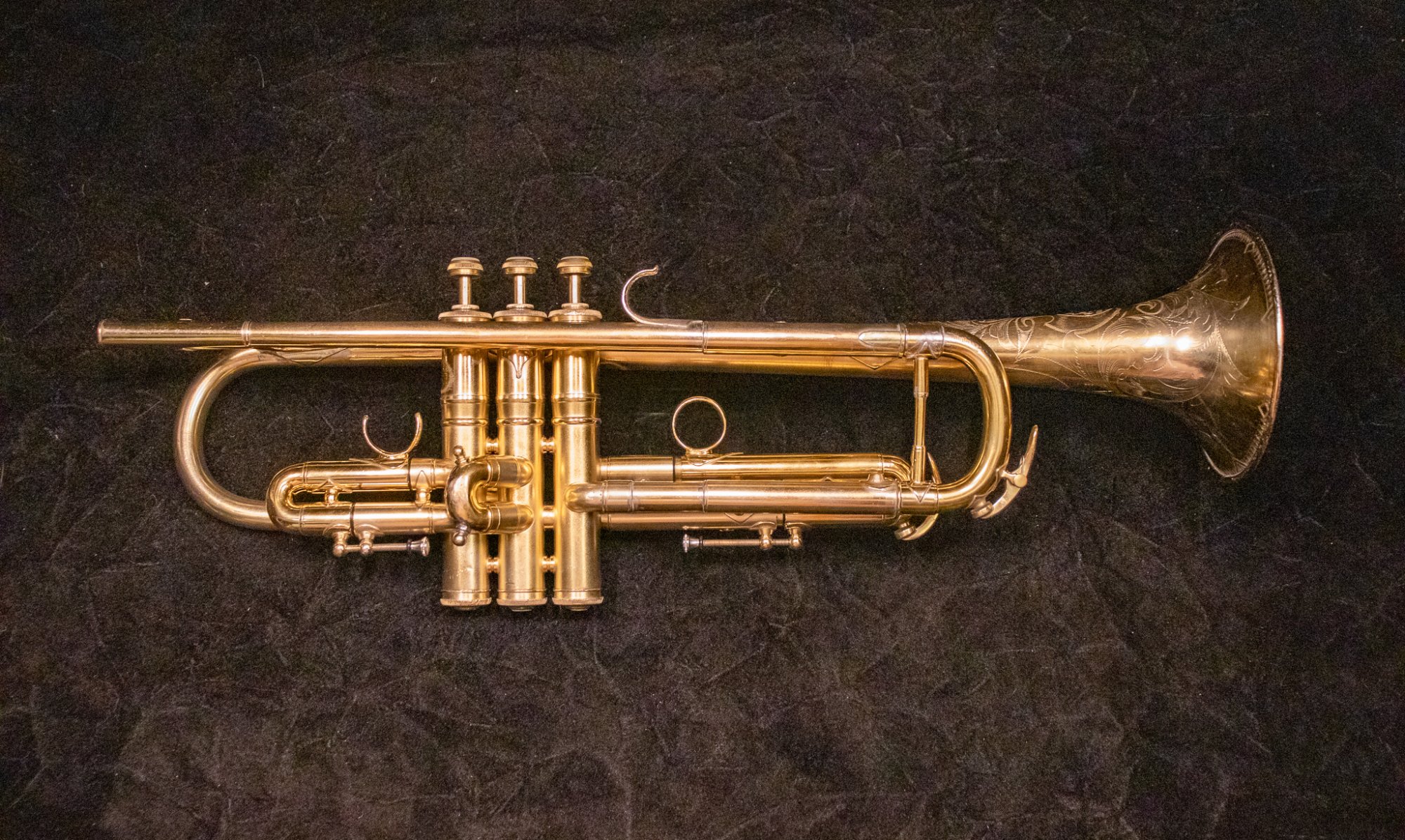 From the Conn Loyalist:
Notice that this instrument has a feature that is rather unusual for Conn trumpets: a first slide saddle. This is the only Conn trumpet I know of with that feature. Some 2B's, as was common in the 1920's, don't have a right hand pinky hook. The finish on this instrument is what Conn at the time would have called a "Finish #00": "Quadruple gold plate, completely hand burnished, bell richly engraved, finger tips pearl inlaid". At the time the 2B was Conn's top model trumpet. It had a #1½ bore (0.458") and top spring valves. The 2B New World Symphony was produced between 1926 and 1932.

I understand from Brad Goode's website that when the sound of the "French" style of trumpet fell out of favor, Conn responded by making the 2B. Apparently it was originally designed for members of the Philadelphia Orchestra as an 0.458" bore version of the 22B New York Symphony but with the difference that the radius of the tuning slide was wider. The effect of this design change gave the player a more open, round sound, and allowed for a more open feeling to the scale.

What Conn said in 1927:
"New World Symphony 2-B Trumpet Destined to Become Most Popular Trumpet in the World".
Flexibility of scale never before attained in any other trumpet, a superb "trumpet tone" without one blatant crack or trace of "squeel" from low F to the top of the scale, rich and solid in fortissimo and zephyr-like in pianissimo, faultless intonation throughout the complete range! "Most perfect trumpet the world has ever seen" is the way some of the most celebrated symphony and concert artists have charaterized our new 2-B trumpet.