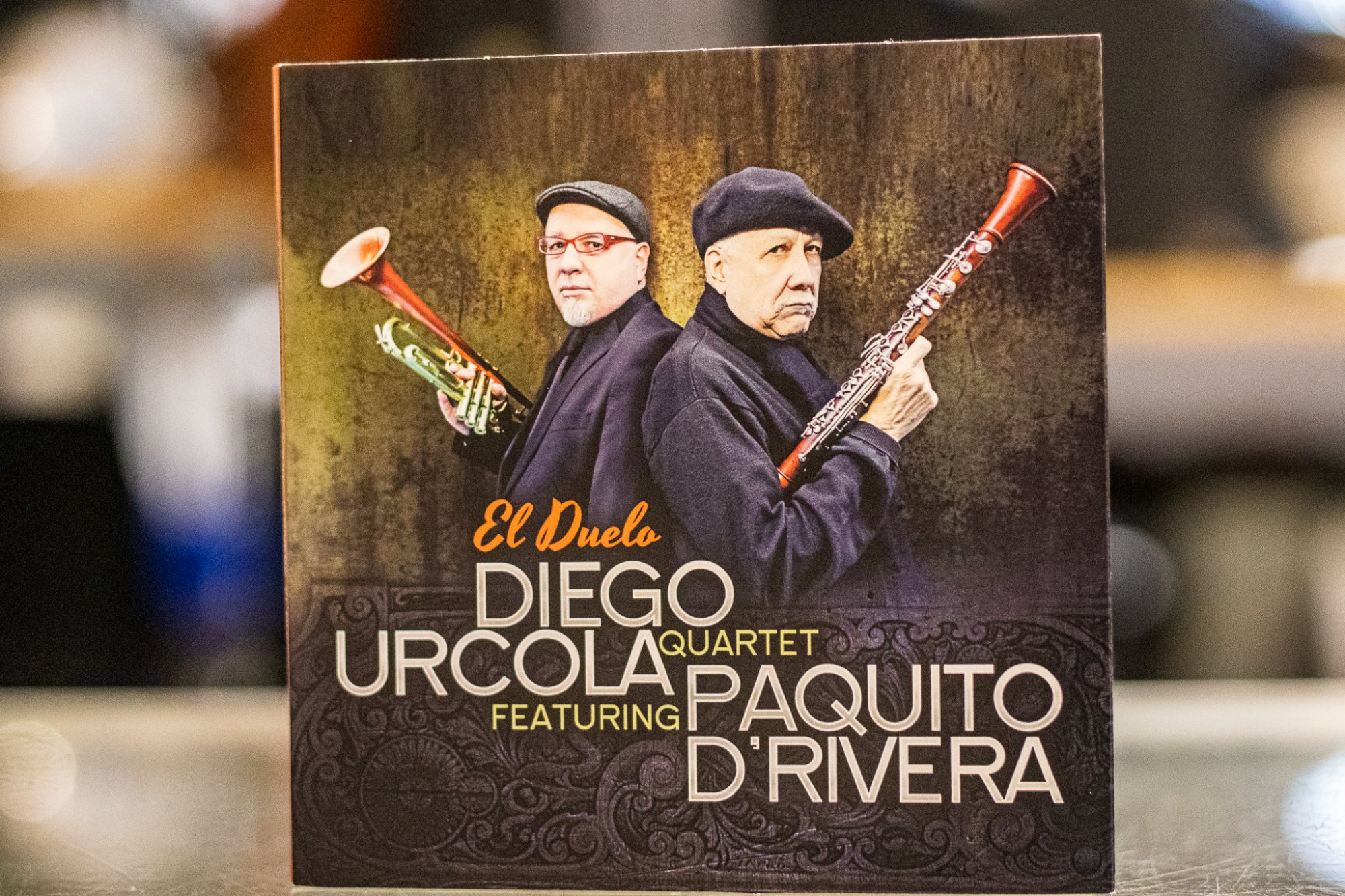 Specific reasons led to piano-less quartet becoming a vehicle for the more explorative jazz practitioners of the 1950s and 1960s, namely, directness of group sound and the increased interplay between ensemble members. Subtracting the piano from the typical jazz combo made it imperative that the musicians expand their roles to cover harmonic information lost. In doing so, the performers had to remain engaged and responsive, immediately amplifying their performance.

Trumpeter Diego Urcola has proven to be a player of incredible range and dexterity throughout his career, a large part of it playing alongside Paquito D’Rivera in the legendary saxophonist/clarinetist’s various eclectic projects. On Urcola’s new recording, El Duelo, the trumpeter recruits D’Rivera to join him in a very rare, and exposed, playing scenario, the piano-less quartet.

Originally from Buenos Aires, Argentina, Urcola has been a part of the New York City jazz scene since the 1990s. His work with D’Rivera, Guillermo Klein y Los Guachos, Enrico Pieranunzi, and as a leader has been celebrated by many, even garnering him a Grammy nomination for his album, Soundances.