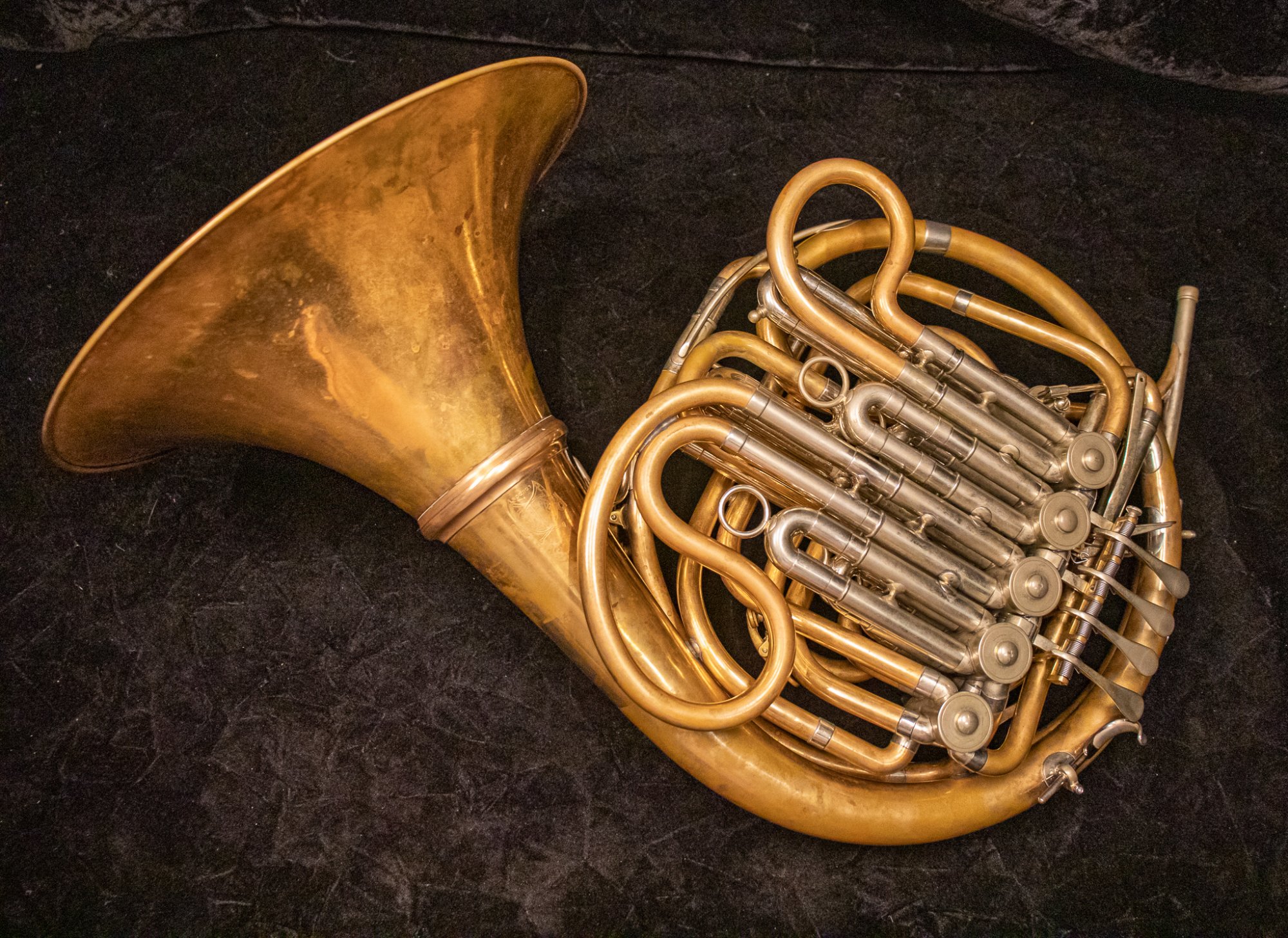 From It a Paxman 71L, made in 1982.
It’s in gold brass cut with Alexander rings, it is a old style Mereweather full triple which the standard model is 70 but has an added stop valve for all three sides of the horn (F/Bflat/High F) hence model 71.
So it has 6 valves, Paxman original ball and socket linkage  I have only seen one other like it and mine was in pristine condition compared to that other one.
Played professionally in all major NYC Orchestra's and Broadway Shows.